Signatures at the nanoscale

LLNL scientists are leaders in nuclear forensics—the chemical, isotopic, and morphological analysis of nuclear and radiological materials, such as interdicted illicit material and post-detonation debris. In addition to applying traditional forensic techniques such as microscopy, chemical assays, and isotopic analysis for signature attribution and age dating, LLNL advances the field through research aimed at inventing new analysis techniques to reduce timelines and get data on previously intractable samples. In addition, LLNL scientists train researchers around the world and help them set up their own nuclear forensics laboratories. 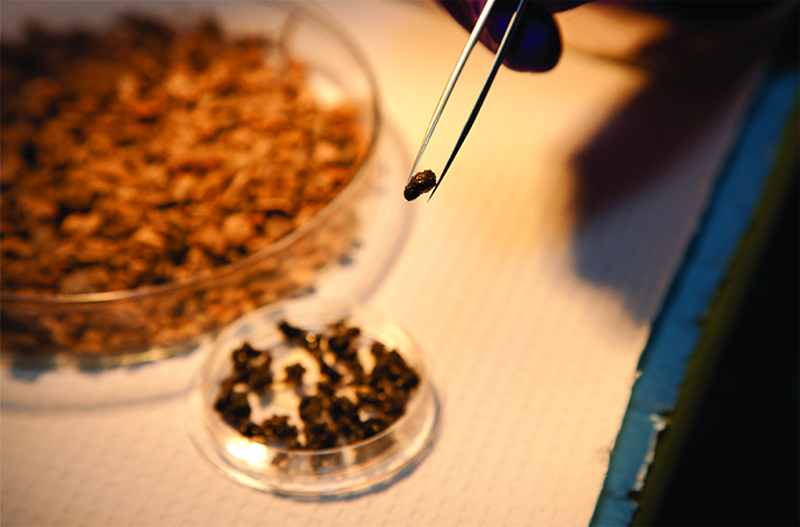 LLNL researchers hone their forensics skills through exercises in which laboratories both within the US and around the world respond to simulated interdictions and events. Exercises last from days to weeks, and LLNL plays leading roles in the analysis of samples, interpretation of data, and the design of material for exercises. In 2011, drawing on the Laboratory’s experience in analyzing historical nuclear test debris, Livermore nuclear chemists began using a curated selection of fuels, fission products, and activation products to design and synthesize realistic debris simulants to further challenge their fellow chemists and modelers. 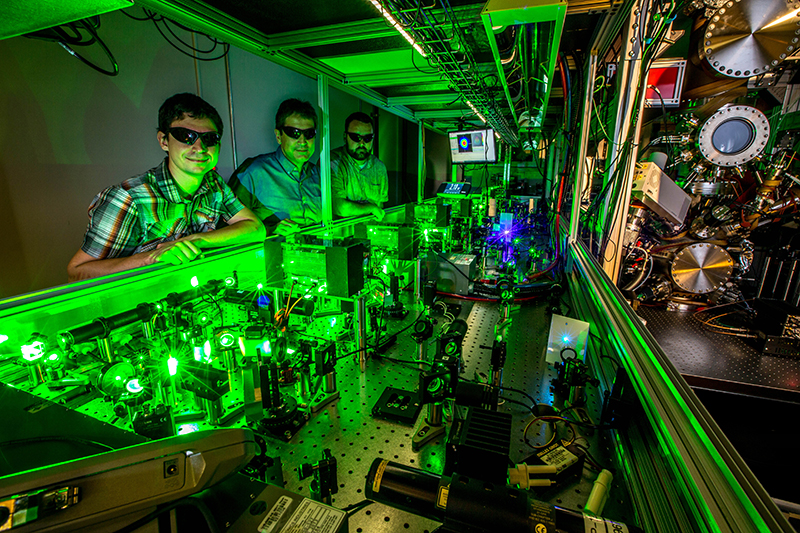 LLNL nuclear forensics scientists both use and invent new technologies to trace nuclear materials. Using techniques pioneered at Livermore, the laser ionization of neutrals (LION) facility can quickly analyze nuclear material and provide critical information to help investigators determine its origin and intended use. LION uses resonance ionization mass spectrometry (RIMS)—lasers tuned to unique resonant frequencies that quickly and selectively ionize the atoms of a particular element of interest—to measure the isotopic compositions of uranium, plutonium, and other elements. Within hours, and consuming only minute quantities of material, RIMS can provide authorities with a read on whether an interdicted material was manufactured for use in a nuclear reactor or a weapon or repurposed for weapons from reactors—details that can provide the first clues to its origin and intended use.

The radioactive decay of isotopes of certain elements provides scientists with a powerful tool—the ability to measure the age of a material anywhere from months to billions of years old. By measuring the abundances of parent and daughter isotopes in rocks and minerals with extremely accurate mass spectrometers, Livermore scientists can measure the age of planetary and meteoritic materials with a margin of error of less than 1 percent. This gives us a timeline for important events, such as when the solar system was born and when the moon formed.